Great number of people consider male menopause to be a kind of modern myth based on the idea that if there is a female menopause why there isn’t a male one.

Canadian Pharmacy has collected TOP 10 facts about the male menopause 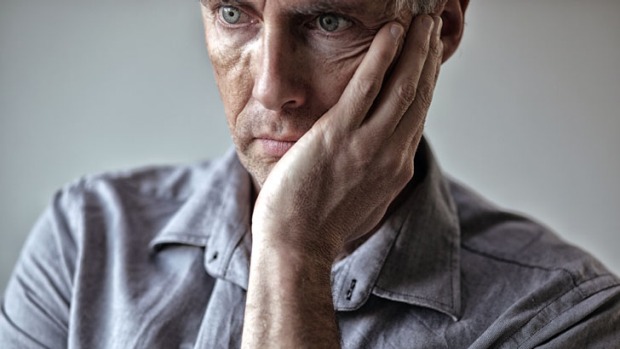 Fact 1. Male menopause is often referred to as “andropause” and is connected with age-related hormone changes resulting in a deficiency of testosterone in the man’s body. A 20 year old man has a peak level of testosterone. After he reaches his 30s his T level starts decreasing by 1% per year and falls by 50% by the age of 70. An optimal testosterone level is considered to be within the limits of 300 – 1,200 ng/dL (nanograms per deciliter). However, experts say that aging deficiency of the testosterone is not typical of all men. Sometimes a man of eighty has 600 ng/dL while 30 year old man may have only 150 ng/dL.

Fact 3. Most men don’t realize that they are in the state of andropause until they visit their health care professional and make special hormone tests. Thus, it is vitally important to know the symptoms of andropause in order not to miss the time.

Fact 4. A man who experiences male menopause or andropause often notes that his libido is decreased. It is not surprising as testosterone is responsible for the proper performing of sexual functions. Numerous researches show that up to 91% of men suffering from the andropause have low libido. Another interesting fact is that men who have normal level of testosterone have lower mortality level than men with the decreased T level do.

Fact 5. It’s widely known that testosterone helps regulate men’s mood. The lower the testosterone level is, the less stable men’s psychic state is. Thus, andropause and low testosterone level may cause stronger depression that cannot even be cured with traditional antidepressants.

Fact 6. Andropause can also be revealed due to symptoms of low energy level: a man constantly feels exhausted and often gets drowsy. At the same time, andropause may sometimes cause insomnia together with the low energy level that may result in the serious health disorders.

Fact 7. Low testosterone level is often detected through the symptoms of osteoporosis. Osteoporosis often comes after the substantial decrease of the main male hormone as the low level of testosterone makes men’s bones more fragile. The doctors even recommend that the patient with osteoporosis symptoms make testosterone tests and vice versa.

Fact 8. Increased abdominal fat can be a sign of the starting andropause as high testosterone level prevents abdominal fat growth. This situation is rather insidious as growing fat causes further reduction of T hormone content by converting it to oestrogen.

Fact 9. A man should also check the symptoms of the following diseases as they can also be the consequences of the andropause:

Fact 10. Testosterone therapy is one of the best methods of maintaining the hormone balance. It decreases depression symptoms, stabilizes mood as well improves men’s libido and energy level. The T therapy has appeared to be more effective in treating the depression symptoms than Prozac. Moreover, testosterone replacement therapy effectively regulates sleeping mode and prevents insomnia.

So, if you have noticed any of the above-mentioned symptoms you should definitely visit your doctor and make testosterone level tests. The proper and in-time treatment, healthy food and lifestyle will help you restore your male health and life energy.