Effects of endocrine treatment: can libido and sexual function be preserved? 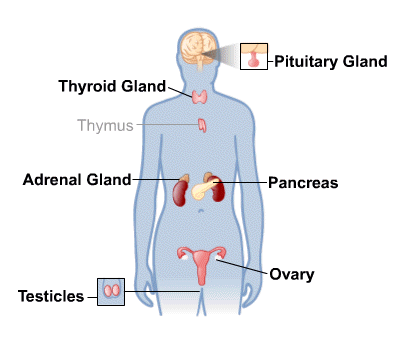 Quality of life for men with prostate cancer is receiving increasing attention and, acknowledging that endocrine therapy remains conceptually a palliative treatment, many patients view preservation of quality of life as an equally important goal of therapy as prolongation of survival. The issue of quality of life is further emphasized by the moves to initiate endocrine therapy earlier in the course of the disease and in younger men. Sexuality is an important aspect of quality of life, particularly in middle-aged men but also for a majority of elderly men. However, loss of libido and erectile dysfunction are frequent sequelae of the diagnosis and treatment of prostate cancer.

Among 401 men with prostate cancer, 71% experienced a loss of libido after surgery or medication (prostatectomy, radiotherapy, hormonal therapy with goserelin, buserelin or leuprolide alone or in combination with flutamide, bicalutamide or nilutamide, and orchidectomy) and, overall, approximately two-thirds of those questioned would prefer their level of sexual activity to be higher. Indeed, sexual functioning is sufficiently important to some older men that, if they were diagnosed with prostate cancer, they would trade some reduction in survival time for maintained sexual function.

In a sample of 50 men (mean age 58 years), 68% were willing to exchange a 10% or greater advantage in 5-year survival, to maintain sexual potency6. Likewise, Mazur and Hickman7 found that, of 230 men (mean age 65 years), 67% would trade a 14% survival advantage to prevent impotence, while Helgason and colleagues4 found that only 38% of a group of 299 men would unconditionally accept a treatment with a 50% risk of impotence.

Sexual interest, often referred to as sexual desire or sexual drive, is difficult to define, and we have not been able to find a precise definition in the sexological literature. In recent studies investigating the use of the non-steroidal antiandrogen bicalutamide in prostate cancer, sexual interest was assessed in a validated quality of life questionnaire by scoring the response to three questions addressing ‘interest in sex’, ‘if the patient felt sexually attractive’ and, finally, ‘whether others find the patient sexually attractive’ 10–15.

The decline in sexual interest and activity in prostate cancer patients may be caused by a multiplicity of factors including the psychological impact of the diagnosis, the disease itself and its treatment. In advanced prostate cancer, androgen deprivation is the mainstay of treatment, and has traditionally been achieved by either medical or surgical castration alone or in some cases in combination with an anti-androgen as combined androgen blockade (CAB). Both these approaches to treatment are associated with a loss of libido and erectile capability in more than 80% of patients.

In men for whom their sexuality is important, a decrease in sexual interest and/or erectile capability can result in psychological distress, difficulties with relationships and loss of self-esteem. Indeed, Helgason’s group4 found that the decline in sexual function (including sexual desire, erectile capacity and orgasm pleasure) was the most common cause of disease-related stress in men with prostate cancer. While erectile dysfunction can be effectively treated, there are no recognized effective therapies for loss of sexual interest.

This review presents data on sexual interest and function obtained from clinical studies of the three non-steroidal antiandrogens (bicalutamide, flutamide and nilutamide) as monotherapy, focusing particularly on bicalutamide which has been the most extensively evaluated in randomized, controlled studies in this setting.

All three agents are indicated for treatment of metastatic carcinoma of the prostate in combination with castration. In addition, bicalutamide (150 mg/ day) has been approved as a monotherapy treatment for locally advanced prostate cancer in some countries, and further approvals are expected.

The relationship between hormones and sexual behavior in man is complex and poorly understood. However, the fact that androgen deficiency, as in men who have undergone medical or surgical castration, generally causes loss of sexual interest and potency implies that maintenance of testosterone levels is important for normal sexual activity.
The non-steroidal antiandrogens antagonize the effects of androgens, of both testicular and adrenal origin, at the receptor level.

They also block the negative feedback mechanism regulating testosterone action at the hypothalamus and pituitary gland, thereby increasing plasma luteinizing hormone (LH) and, consequently, testosterone concentrations. A moderate increase in estrogen is also observed owing to the higher concentrations of androgens available for aromatization. Details of studies of the effects of the non-steroidal antiandrogens on serum testosterone in prostate cancer patients are presented in Table 1 (in next post).

Any benefits of the non-steroidal antiandrogens for sexual interest and function are unlikely to be explained as a direct result of the maintenance of normal testosterone levels, because the hypothalamic androgen receptors must be blocked to some extent as demonstrated by the rising LH concentrations. Animal experiments suggest that the compounds responsible for sexual drive in man are metabolites of testosterone (such as estrogens after the peripheral conversion of testosterone by aromatase), acting either directly or by modifying neural androgen metabolism. These pathways would be unaffected by the non-steroidal antiandrogens, which, therefore, offer theoretical benefits over castration with respect to sexual behavior.