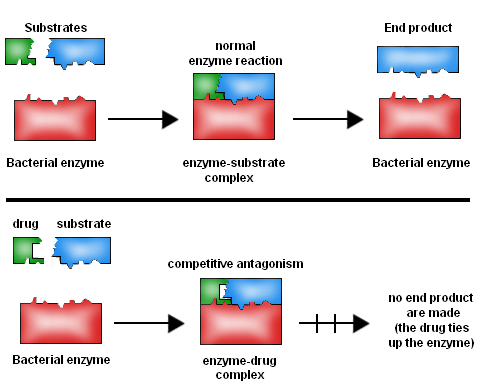 Sulphasalazine has been used in the treatment of inflammatory bowel disease since 1942, although the first reports of sperm toxicity only appeared in 1979. Sulphasalazine is taken orally and reaches the colon intact. As a result of the action of colonic bacteria, the compound is split into its constituents sulphapyridine and 5-aminosalicylic acid. It is useful to follow the sulphasalazine story in some detail. It is one of the few drugs for which clinical observation of reproductive side effects has led to detailed study of the underlying mechanisms responsible for the side effects. This has resulted in identification of the toxic component and a change in the pharmacological formulation. 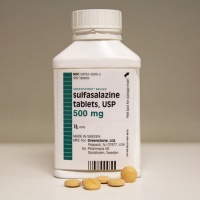 Two separate reports in 1979 drew attention to men with inflammatory bowel disease presenting with infertility while being treated with long-term sulphasalazine. Levi et al (1979) noted reduced sperm count and motility that improved after withdrawal of the drug. Three of the four men fathered children when sulphasalazine was discontinued. The sperm abnormalities returned when the drug was reintroduced.

Toth described 10 subfertile men on sulphasalazine. Six stopped treatment and their wives all conceived. He also noted a particular sperm morphological abnormality consisting of a ballooned enlarged sperm with a pale staining head. This appearance was thought to result from immaturity of the sperm coupled with osmotic damage to the membrane structures. Others also described large numbers of immature sperm, suggesting a toxic action on sperm maturation. At this time, it was also postulated that the adverse effect could be related to the antiprostaglandin action of sulphasalazine, as prostaglandins are thought to be implicated in sperm motility.

The above reports were in men presenting to fertility clinics. Later, abnormal semen analyses were also found in 18 of 21 men attending gastrointestinal outpatient clinics. As a consequence, the temporal relationship between sulphasalazine administration and fertility was investigated. The sperm of men currently receiving sulphasalazine was compared with that of men who had recently discontinued therapy and men who had stopped therapy more than 2 months previously.

All men on sulphasalazine had severe reductions in sperm count and motility as well as an increase in the number of abnormal sperm forms, as might be expected. However within 2 months there was recovery of count and motility to normal values, although the morphological abnormalities persisted. Gonadotrophin and testosterone levels within the blood were within the normal range, confirming a direct toxic effect on spermatogenesis. Other studies have confirmed the existence of large headed sperm and their persistence after other parameters of semen analysis have returned to normal following discontinuation
of sulphasalazine.

In 1984, an important paper was published confirming the rapid reversibility of sulphasalazine-induced sperm damage. The median time to conception in couples after the man had discontinued treatment was 2.5 months. Men who were genetically slow acetylators had significantly lower sperm counts than fast acetylators. Sulphapyridine is metabolised by acetylation so that slow acetylators will have higher blood levels of this metabolite than the fast acetylators. An interesting aspect of this work was the parallel studies performed in rats.

Sulphasalazine was found to induce reversible male infertility in rats that was dose related (this helps to explain the more pronounced effects of sulphasalazine in human males who were slow acetylators). Examination of the rat testicles showed no changes in treated animals, providing further evidence that the adverse effect is on sperm maturation. Perhaps the most important finding was the results of the studies when rats were treated with sulphasalazine, its metabolite sulphapyridine or the therapeutically active form 5-aminosalicylic acid. Both sulphasalazine and sulphapyridine produced infertility, but 5-aminosalicylic acid had no spermatoxic effect.

Sulphasalazine may not be the only factor reducing fertility in men with inflammatory bowel disease. There is some tentative evidence that Crohn’s disease may impair the fertility of men independent of sulphasalazine use (Burnell et al, 1986). This could be related to decreased nutritional status, although this is disputed.

More recent studies have attempted to assess more subtle defects induced by sulphasalazine on sperm function. Notably one report described a patient taking sulphasalazine who had normal conventional semen parameters but abnormal results in the hamster egg penetration test. When the therapy was changed to 5-aminosalicylic acid, the hamster egg penetration test result became normal. Another group looked at the production of reactive oxygen species (superoxide radicals) by the sperm of men with inflammatory bowel disease taking sulphasalazine and again after changing to 5-aminosalicylic acid.