What is an allergy?

Allergies are a series of conditions triggered by hypersensitivity of the immune system to something in the environment that normally causes no problem in most people. These diseases include food allergies, hay fever, allergic asthma, atopic dermatitis, and anaphylaxis. Symptoms of allergy usually include a runny nose, sneezing, an itchy rash, red eyes, shortness of breath, or swelling.

In the article below, our experts at Canadian Health&Care Mall (more about our team) synthesized a concise guideline on allergies covering such aspects as allergens, ways to detect them, antihistamine drugs treating allergies as well as myths and facts on allergic reactions. 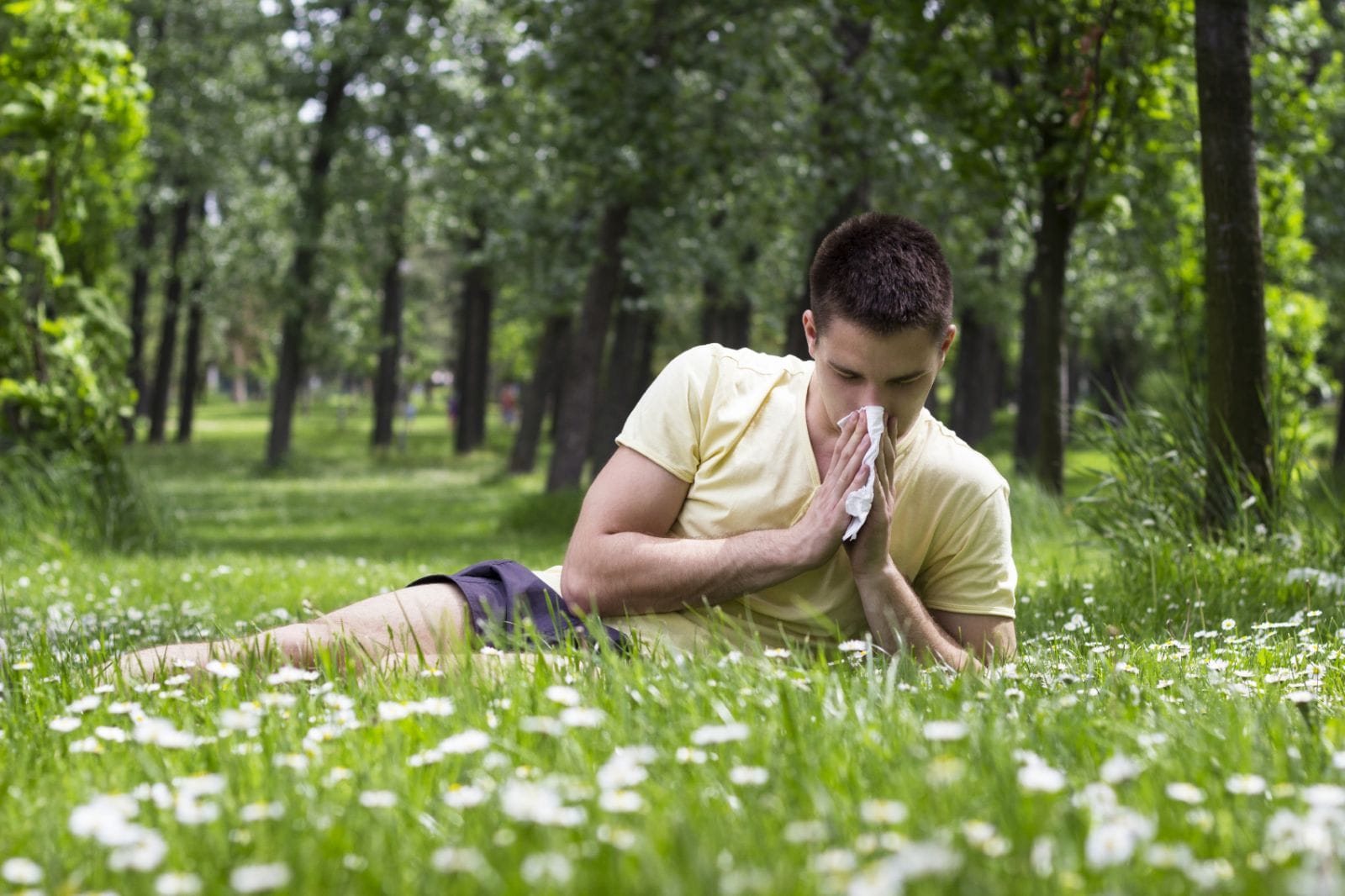 Allergic reactions typically happen within a few minutes of exposure to a certain allergen.

Most allergic reactions are quite mild, but sometimes a severe reaction called anaphylactic shock or anaphylaxis can occur. This is a medical emergency and needs immediate treatment.

Potential causes and how they can be determined

Having allergies means that the body reacts to allergens as a harmful foreign substance. Allergens, also known as antigens, are substances that can trigger an allergic reaction in specific people.

The most common types of allergens include:

Most of these allergens are harmless to people who are not allergic to them.

To pinpoint the allergy problem – and decide for the treatment – your GP will need to ask questions about your habits and symptoms. You may also need to undergo various tests. Allergy testing involves having either a skin or a blood test to find out what allergen may trigger an allergic response in an individual.

Skin tests (such as skin prick test, intradermal test and skin patch test) are usually done because they are rapid, reliable, and normally less expensive than blood tests.

The most popular type of blood test used in allergy testing is the enzyme-linked immunosorbent assay (EIA, ELISA). It measures the blood level of a type of antibody, called immunoglobulin E (or IgE) that the body may produce in response to specific allergens.

Some of the Allergy Myths Busted

The Myth: “Hay fever is caused by hay”

Fact: Hay fever is not technically a fever, and you can easily get it even if you have never left your city. Grass, tree, and weed pollens, as well as mold spores, trigger it. If you are prone to allergies, you might be more likely to have a reaction in a countryside. On the other hand, some studies prove that children growing up on a farm have a smaller chance of getting allergic.

Fact: Extra tiny mold spores can materialize almost anywhere. They develop on decayed leaves, rotted wood and soil, especially in humid weather. You are more likely to develop an allergy to outdoor mold in the warm season because most mold types of are not active in the cold weather.

Fact: It is not a smart idea to escape your allergies by moving to a hotter climate zone. Ragweed and grass pollens can be found everywhere. Your relief will be short-lived since a climate change may slightly curb your symptoms. You may develop allergic reactions in your new area shortly after you move.

The Myth: “I will never develop a new allergy as an adult”

Fact: Indeed, in many cases, allergies start when you are a child. But you can develop new allergies as an adult, as well. Some new allergies appear after you move to a new area and encounter new allergens. If you think you have outgrown a childhood allergy, some symptoms may return to you one day in your adulthood.

The Myth: “My down pillow is the cause of my allergies”

Fact: There were no dedicated well-controlled tests on this topic. The existing body of research has found that allergic reactions are caused by other allergens amassing in bedding, such as pet contamination, mold or dust mites. Feathered down is subject to a heat washing process, which destroys all proteins that could be allergens. Besides, to keep the integrity of a feathered pillow, the weave on the fabric must be extra tight. Interestingly, studies show that synthetic bedding tends to amass more allergens since the casing weaving is usually looser. If you suffer allergies at night, talk to your GP about getting tested to figure out which indoor allergens might be the cause.

The Myth: “No flu vaccine for me, since I am allergic to eggs”

Fact: It was previously broadly assumed that people who were allergic to eggs could have an allergic reaction to the flu vaccine, which is traditionally manufactured from chicken eggs. Modern research has debunked this myth. The amount of egg protein in flu vaccines is so little that the recommendations now say it’s entirely safe to get the flu vaccine, even if you have an allergy to eggs. Some vaccines are totally egg-free nowadays, but the standard ones are safe as well. If you still have doubts, ask your GP whether the egg-free vaccine type can be specifically ordered, or request a skin test for egg allergens if you first developed your egg allergy in childhood years. Patients with an allergy to eggs often outgrow it.

The Myth: “Ongoing exposure to animals will desensitize me to them”

Fact: Ongoing exposure to animals will certainly not decrease your allergy if you are already allergic. Some 33% of people who are allergic and exposed to indoor animals will get allergic to them over time as well. In fact, if you are allergic to pets, sensitivity might worsen with ongoing exposure. Keeping indoor pets is therefore associated with the need for more medications. To relieve the symptoms, an allergic person needs to avoid an immediate contact with the animal, better have hard flooring vs carpeting, and have the animal regularly washed to decrease the number of allergens they shed.

The Myth: “Hypoallergenic stands for allergen-free”

Fact: Some products marked as hypoallergenic. This sounds as though they include no allergens, while in reality ‘hypoallergenic’ refers to materials that are comparatively unlikely to trigger an allergic reaction, relative to other materials that might be more known to do so. Products marked ‘dermatologically tested’ have been typically tested on the skin of volunteers who have no allergies rather than on people who are allergic. There is no legal regulation of hypoallergenic claims so they are a matter of good faith and trust between manufacturers and customers.

The Myth: “Allergy medicines are dangerous and will make me sleepy”

Fact: New generation of non-drowsy antihistamines are nowadays available. These medicines rarely make patients sleepy and have been confirmed to be safe for drivers.

Exception to the rule: On the other hand, older sedating drugs have been on the market for decades. Their only relative advantage is that they are cheap. They do cause sleepiness and interfere with patient’s ability to drive or operate machines safely. Their impact is more perilous when alcohol is consumed simultaneously. Patients taking sedating antihistamines frequently find it difficult to think clearly, elderly people might get confused and children often get irritable or sleepy in class. It is thus important to check drug labels and consult a GP or a pharmacist before you consider taking antihistamine medicines.

The Myth: “A food intolerance is also an allergy”

Fact: Food intolerances are easy to confuse with allergies, because they might have very similar symptoms. Yet, food intolerances cannot be qualified as allergies because they do not comprise the immune system. Self-diagnosis is prevalent, including both individuals who don’t have an allergic reaction and think they do, and individuals who have an allergy but blame the wrong reason. A recent study established that 34% of parents reported food allergy cases in their children, while only 5% were found to have a true food allergy. Those individuals with intolerances can typically eat tiny amounts of the foods to which they have intolerance. Patients with food allergies usually reacted to small amounts of the food, reactions occur immediately and can be life-threatening.

Exception to the rule: At some point, we may discover that some intolerances do involve the individual`s immune system, in which case they will have to be reclassified as allergies. For instance, one component of cow’s milk intolerance is presently known as a non-IgE allergy. 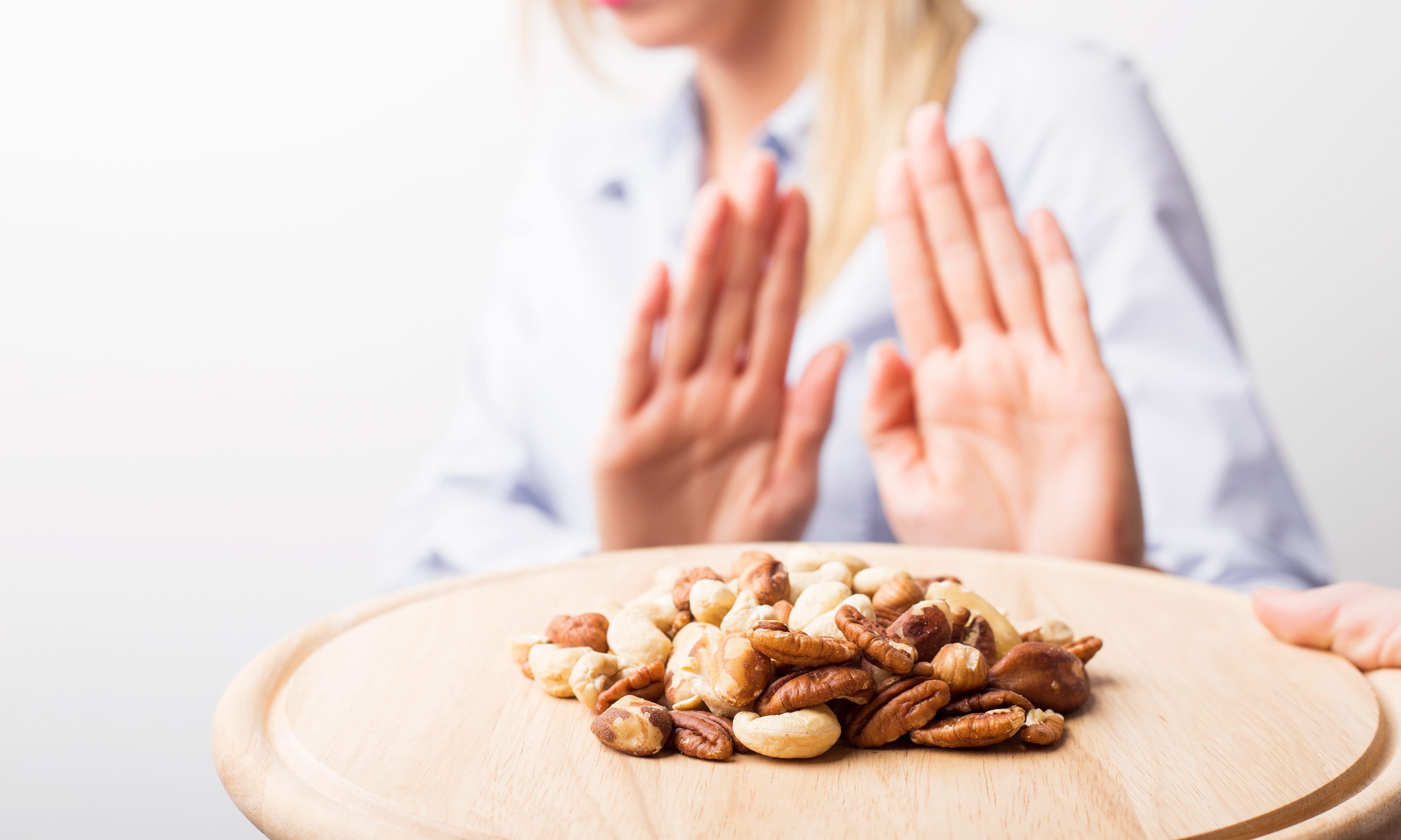 Fact: E-numbers designate food additives, both synthetic and natural, and are deemed as safe by the European Food Standards Authority. Some of them are vitamins, for example E101 is vitamin B2and E300 is vitamin C. The only recorded allergies to E-numbers are to those made from naturally occurring substances, which contain proteins. Allergies are almost exclusively triggered by proteins; therefore, it is rare to have a food allergy to ingredients that are not proteins.

Exception to the rule: E-numbers E220-229, also known as sulphites, have been applied as preservatives in some foods and drinks since pre-historic times. Sulphites are frequently blamed for supposed allergies to wine. While sulphite allergies do exist, they are rare; most people who think they are allergic to sulphites are perhaps experiencing a non-immune type of reaction (known as an irritant reaction, possibly caused by dilated capillaries) that causes flushing, sneezing and wheezing.

The most popular antihistamines that can help treat an allergy

Antihistamines are the most popular type of allergy medicines.

According to experts from the Canada HealthCare Mall, they can be applied:

Antihistamine drugs work by stopping a substance called histamine that affects the cells of your body. Histamine is a chemical that is released when the body perceives something harmful, for example an infection. Histamine causes blood vessels to increase and the skin to swell (technically causing an inflammation), thus helping protect the body. At the same time, in people with allergies, the body is prone to mistake something harmless (pollen, for instance) for a threat. It afterwards produces histamine, which triggers symptoms such as a runny nose, rashes, and/or sneezing. Antihistamines help stop this from happening if you take them before you encounter the substance you are allergic to. Or they can lessen the severity of symptoms if taken later.

There are two major types of antihistamines.

The experts at Canadian Pharmacy Mall suggest that you have a closer look at Zyrtec and Claritin – two most effective modern antihistamine drugs.

Among the most effective over-the-counter antihistamine medications are Zyrtec (cetirizine) and Claritin (loratadine). Both second-generation allergy meds deliver similar results. As expected, they both calm the reaction to allergens from your immune system.

Yet, the potential side effects are slightly different. They also become effective at different times and stay effective for different periods. These factors might determine which of these two drugs is an optimal choice for you.

Claritin and Zyrtec come in the following forms:

The dosage depends on the severity of your symptoms and your age.

How long they work

Claritin is long acting. Most patients experience at least 24 hours of relief after taking a single dose. Zyrtec, instead, is fast acting. Patients who take it feel relief as fast as in one hour.

When taken at dosages of 10mg per day, Claritin is unlikely to cause side effects such as sedation or confusion. Side effects might be more distinct at higher dosages. Experts of Canada Healthcare Mall emphasize that Zyrtec is 3.5 times more likely than Claritin to cause sedation, mainly when used at dosages higher than 10mg per day. However, Zyrtec is much less sedating than older-generation antihistamines.

Zyrtec and Claritin are priced about the same. At Canada Health&Care Mall, coupons are often available for both drugs (information about coupons: www.acanadianhealthcaremall.com/i-want-a-discount-canadian-health-care-mall-coupons) Also, pay attention to your personalized offers in the newsletter.